Tyson Center for Faith and Spirituality in the Workplace 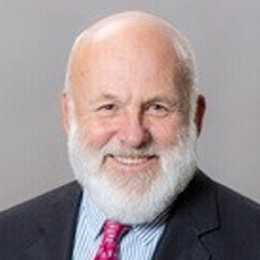 The grandson of the company's founder, Tyson Foods Chairman John Tyson has worked in the company since he was a teenager in virtually every department, from operations to sales and marketing to governmental relations. He also served as President and CEO. Tyson was the architect of the acquisition of IBP, Inc., in 2001, which precipitated a major change in the size and scope of the company's operations. He then structured the "new" Tyson Foods based on Core Values that define goals and standards for personal and professional success. A key part of its core values is that Tyson Foods strives to be a company of diverse people working together to produce food, which has been and continues to be a cornerstone that has supported the growth of the company throughout the years and continues to do so. John Tyson also created the company's first Executive Diversity Business Council to provide guidance on and support of inclusion and diversity. In recent years, Tyson has also been a leader in the concept and practice of providing company chaplains and the establishment of faith-friendly workplaces. A devoted father of two, Tyson is also engaged in supporting the well-being and education of youth. As such, he is actively involved in Tyson Foods' philanthropic efforts with a focus on education and hunger relief. Tyson describes Tyson Foods as a "faith-friendly company" – one that encourages its team members to integrate their faith into their work, whatever their faith might be. Tyson led the company efforts to develop a set of core values for Tyson Foods that states, among other things, "We strive to honor God and be respectful of each other, our customers, and other stakeholders." He also guided the development of a chaplaincy program at the company that currently includes over 100 chaplains at Tyson facilities across the United States. These chaplains represent a range of denominations and provide counsel and referral to any team member that wishes to discuss issues of concern. Chaplains scrupulously respect the beliefs of team members, including those not affiliated with any religion. 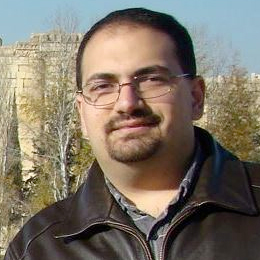 Issa Abboud is the President and founding member of the Bentonville Islamic Center and has resided in NWA since 1999. Originally from Beirut, Lebanon, he immigrated with his parents to the US in 1989. Issa is a proud Razorback earning his Masters of Information Systems from the University of Arkansas in 2008. He and his wife, Yusra Abboud have four children, ages 5, 13, 15, and 18. He is a 23-year Walmart Associate, working in Walmart Global Technology as a Sr Manager II responsible for Enterprise Inventory Tracking Systems. He and his wife co-own Little Martians Learning Center in Bentonville. Issa enjoys the great outdoors that Arkansas provides, including boating, fishing, and hunting. 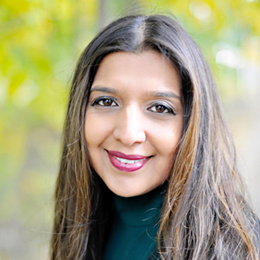 Sumreen Ahmad is a Global management consultant with 20+ years’ experience in leadership development, human capital and organization design, journey and change management and strategic planning. Extensively experienced in mobilizing and leading global initiatives, Sumreen spearheaded the efforts to develop the professional standard for all change management practitioners worldwide. Sumreen currently serves as the Global Change Management Lead for Accenture, responsible for leading organization wide transformational efforts for the firms’ 510,000+ employees. She is a recognized expert in building inclusive, equal and innovative cultures - through her leadership of Accenture’s Interfaith and Faith inclusion priority – in addition to speaking at a variety of industry conferences including; Working Mother Media, Diversity Best Practices and The Forum for Workplace Inclusion. Sumreen is committed to translating her professional skills back into community building by driving strategy development for the non-profit community and delivering youth leadership training. She serves as the Strategic Planning Lead and Board Member for Zaman International - a SE Michigan based non-profit humanitarian organization that provides wraparound services to women and children in extreme poverty – recognized for the impact delivered as one of this years’ CNN Top 10 Heroes. Sumreen leaves in Canton, MI with her husband and children 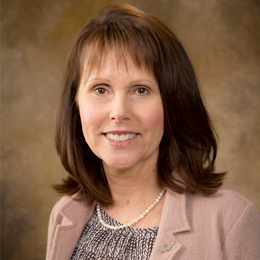 Rev. Leslie Smith Belden, Ph.D. currently serves as the Parish Associate of First United Presbyterian Church in Fayetteville and as the Stated Clerk of the Presbytery of Arkansas. A native of eastern Arkansas, she and her husband Ted have lived in Fayetteville since 1995. In addition to her pastoral vocation Leslie is a co-partner with Ted in “Old Buildings, Inc.” which began as a silent, behind the scenes investment company encouraging redevelopment in downtown Fayetteville, but evolved into a real estate development and management company. Rev. Belden is a graduate of the University of Arkansas’ Fay Jones School of Architecture and Design and also obtained a PhD in Public Policy Planning from the U of A. Currently Leslie and her husband Ted serve on the University of Arkansas’s “Campaign Arkansas Committee,” were the Co-Chairs of the first two years of the Fay Jones School of Architecture and Design’s Campaign, and also serve on the FJSOA&D’s Dean’s Circle. She has served on the Board of the Arkansas Alumni Association, as President of the U of A’s Women’s Giving Circle, the City of Fayetteville’s Historic District Commission, the Arkansas Humanities Council’s Board of Directors, the Board of Preserve Arkansas, the Washington County Historical Society’s Board of Directors, was the founding President of Fayetteville Underground’s Board, President of the Board of Fayetteville Downtown Partners, was a member of the Board of Butterfield Trail Village, the City of Fayetteville’s Town and Gown Committee, and is currently on the City of Fayetteville’s Planning Commission. She and Ted are blessed with daughters Melissa Werner and Mary Ward, and four grandchildren: Hayden, Harper, Kennedy, and Anna Claire. 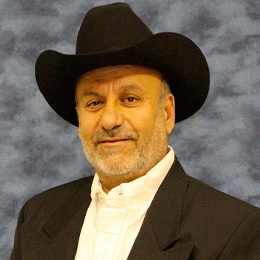 Highly successful as a developer and builder of Bayyari Construction & Properties, Fadil Bayyari has held important positions as Board Member of various entities like Endeavor Foundation , The Jones Center and The new School , The Rotary Club and Rodeo of The Ozarks. He is currently serving as Board member of NWA Council , Springdale School Foundation ,and Hospice. He and his family have donated to many community projects, including a recent $1 million gift to the Arkansas Children's Northwest hospital. He has a passion for religious tolerance which motivated him to build the first Synagogue, Mosque, and two other churches in NWA. His acts of charity have also been printed in The New York Times, Chicago Tribune, NWA Democrat Gazette and the Rotarian magazine. He is also a recipient of a Tikkun Olam Award by the Arkansas Jewish Federation. An elementary school in Springdale and two city parks are named in his honor. He has four kids David Lyle , Joseph , Sara and Sofia and two grand kids David Jon Layla and Jaime. He likes to say "I can't complain; it has been a wonderful life, I am blessed having great loving family, many friends, and if were to do it all over again, it would be the same way". 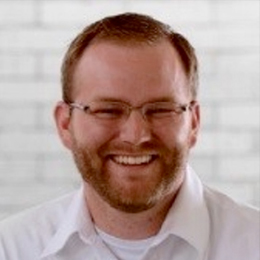 Nick arrived at Simmons Foods as a "Chicken Chaplain" in late 2010. Having an interest in both counseling and leadership development, the role provided an opportunity for those passions to intersect. Simmons Foods is a fully integrated poultry, pet food and animal nutrition company with over 8,000 team members across the Midwest, Northeast, as well as Ontario. Today, Nick leads a team of 17 Chaplains who come alongside team members by providing effective and compassionate care, as well as connecting team members to resources in the community to help meet specific needs. Nick completed his undergraduate studies at John Brown University and has a Master's degree in Spiritual Leadership from Olivet Nazarene University. Nick is married to his wife, Valerie, and together they have four children. 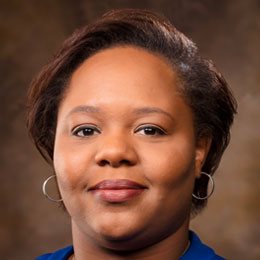 J’onnelle Colbert-Diaz serves as the Director of Accommodation and Accessibility Services for the Office of Equal Opportunity and Compliance.

Also, she is responsible for monitoring compliance with Section 504 of the Rehabilitation Act and titles II and III of the Americans with Disabilities Act, as well as state civil rights requirements based on disability and religion. The 504 coordinator oversees the University’s prevention and education efforts; implements the institution's accommodation and accessibility procedures; identifies and addresses patterns; and assesses effects on the campus climate to address issues that affect the wider campus community. 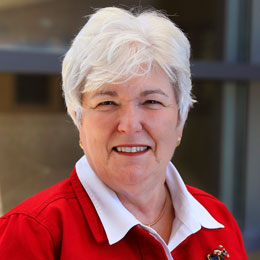 Chaplain Karen J. Diefendorf attended college in central Illinois where she spent her time as a youth minister with a local United Methodist Church where she would go on to spend 13 years as the pastor for a smaller congregation. Wanting to remain within her own denomination, the independent Christian Churches and Churches of Christ, Karen sought endorsement for Army chaplaincy and entered active duty in 1986. She spent a total of 24 years in active service where she was assigned to various commands all over the world including the Pentagon where she worked on the Constitutionality of the Chaplaincy. She received multiple military awards, including the Legion of Merit and Instructor of the Year at the Army Chaplain Center and School, and was also the first female chaplain to become a paratrooper.

Following her retirement from the Army, Karen accepted a part-time chaplain position with Tyson Prepared Foods plant, Columbia, SC, which introduced her to her current position as the Director of Chaplain Services for Tyson Foods, Inc., in Springdale, Arkansas. She also currently serves on the Board of Directors for Philippine Mission of the Churches of Christ, the Board of Advisors for the MARSH Center, and is on the personal advisory team to the current Army Chief of Chaplains, MG Tom Solhjem. 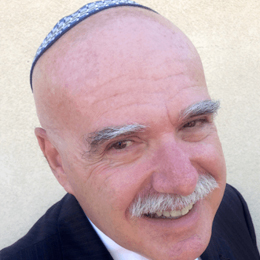 Cantor Sam Radwine was born and raised in Taylorville, Illinois and grew up in the Springfield, IL Jewish community, where he was President of his Temple Youth Group. He is a graduate of the University of Illinois, Urbana-Champaign, where he majored in Instrumental Music Education, or what we refer to today as a “band geek!” After several years in public school music education, he attended the Hebrew Union College-Jewish Institute of Religion, School of Sacred Music, in New York City, where he was ordained in 1981. After a student pulpit in Fair Lawn, New Jersey, he served the United Jewish Center of Danbury, CT, as Cantor and Director of Education. Cantor Radwine came to California in 1986 where he served Congregation Ner Tamid of Rancho Palos Verdes until 2012, and continues as Cantor Emeritus. Additionally, he has served on the faculty of Hebrew Union College/Los Angeles, and continues on the faculty of the Cantorial and Rabbinical Schools of the Academy for Jewish Religion/California. Cantor Radwine will be continuing his teaching at the AJR/CA, in their new hybrid non-residency programs for Rabbinic and Cantorial studies. In 2009, Cantor Radwine and Wade Sisco were married on the bimah of their Conservative Synagogue. Wade is a native of Rogers and is the Director of Marketing for United Industries-Ultraboard of Bentonville. They are the proud parents of Stewie and Brian, two very active pugs.

The Tyson Center for Faith and Spirituality in the Workplace

Part of the Sam M. Walton College of Business
Located at the University of Arkansas